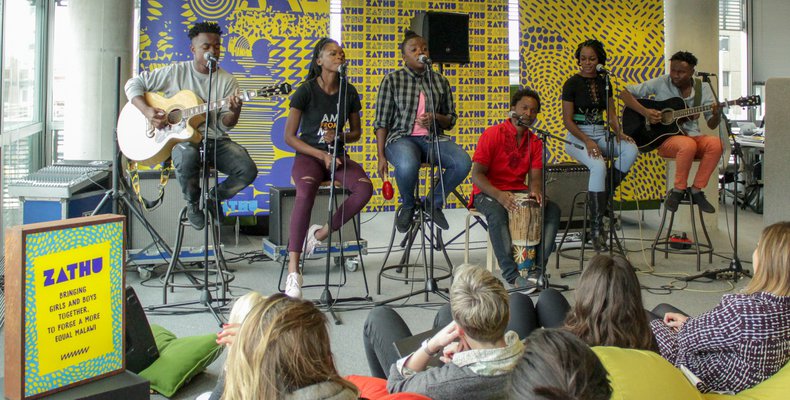 From Malawi to Scotland: Zathu promotes gender equality through music and storytelling

Girl Effect’s Malawian youth brand Zathu made their first visit to the United Kingdom this week to promote positive messages of growing up, friendship and gender equality by showcasing their creative talents in England and Scotland.

The six Zathu band members, hailing from Malawi, were invited to the United Kingdom by African music festival Lake of Stars to perform for the first time in London and Glasgow.

Zathu took the opportunity to give a number of presentations and performances during their UK trip, including to the Scottish Government, the Scotland-Malawi Partnership, Girl Effect partners and to staff at the Girl Effect London headquarters. 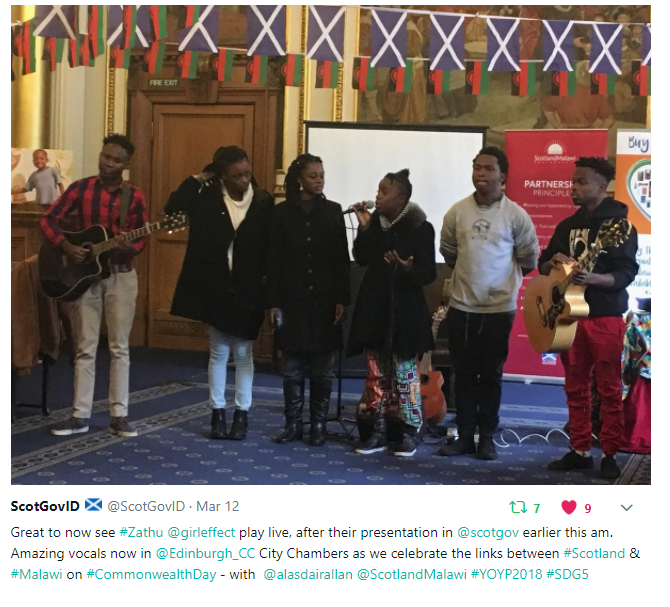 Working in partnership with the PEPFAR DREAMS initiative, Zathu tackles issues of gender inequality which leave adolescent girls disproportionately vulnerable to HIV. The band characters are well-known across Malawi through their music, radio drama, talk show, events and digital platforms, reaching 64% of Malawi’s population aged 10 years old and over. 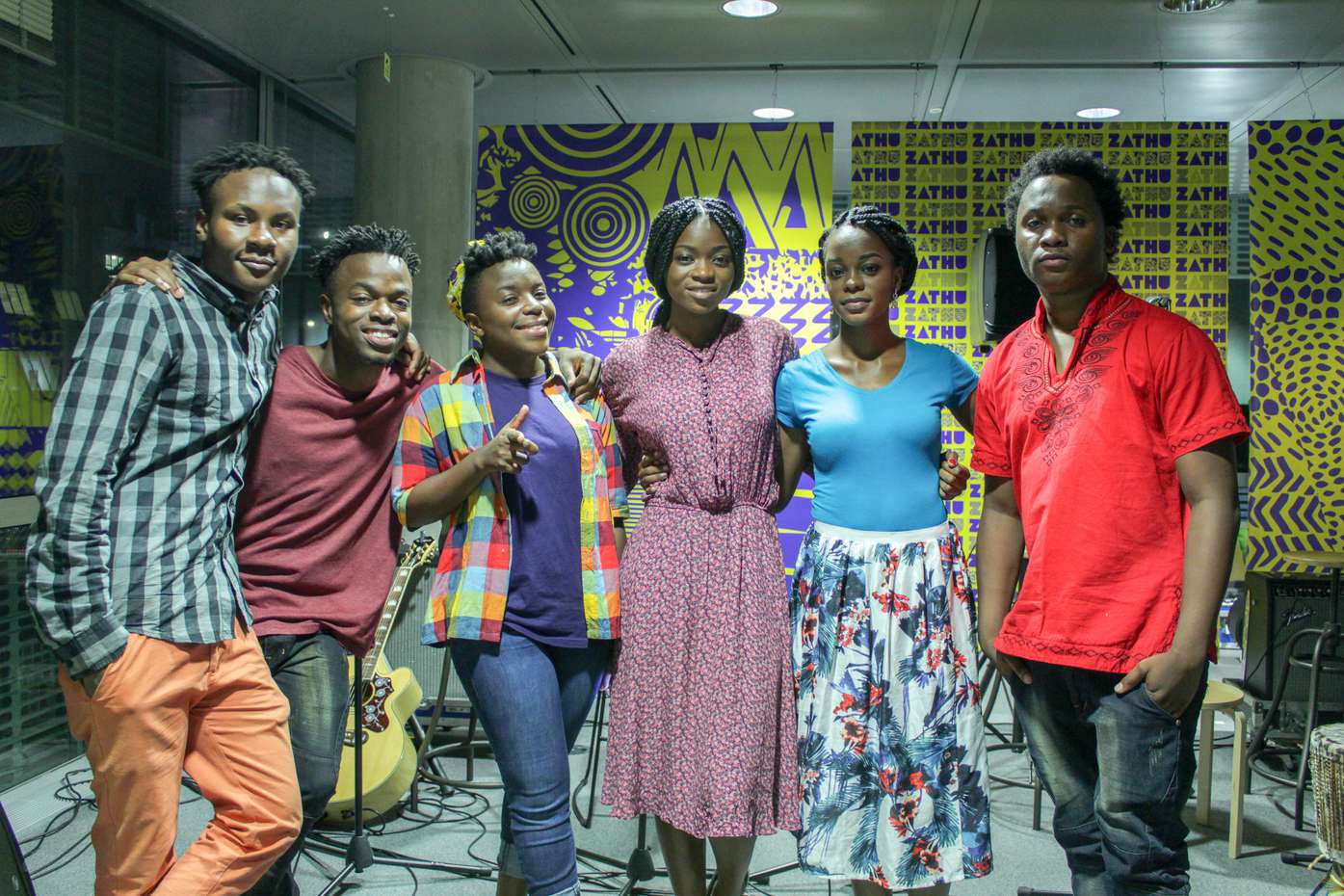 James Kennedy, Girl Effect Malawi Country Director, said: “Zathu is the third youth brand that Girl Effect has ever made. The key thing about our youth brands is that they are locally built, tapping into local talent, local creativity and local culture. All of the issues that our brands tackle are slightly different… in Malawi in particular the insight that we uncover is to address a very deep, entrenched gender divide.

“Gender segregation from puberty can lead to a lot of problems down the line, where a relationship between a boy and a girl is very transactional and can only be sexual and it can lead to higher rates of HIV prevalence and gender-based violence. Zathu is trying to cut that off at the root, showing that you can bring girls and boys together. We communicate that message in a multi-faceted way, so we have music, radio drama, radio talk shows and also digital and clubs. At the heart of it are the six individuals who make up Zathu band, talented and humble hard-working young individuals.”

Michael Gough, Senior International Relations Policy Adviser at the Scottish Government, tweeted: “I’ve been lucky enough to see some fantastic presentations from Ambassadors, Diplomats and Ministers, but I don’t think I’ve ever seen a delivery as engaging and inspiring as from the Zathu band on their work in Malawi today.”

Each of the band members, aged between 17-22 years old, were all too happy to answer questions from Girl Effect partners and staff in the London office.

“I’ve really enjoyed performing here. The crowds have been amazing. Everyone has been really warm and welcoming,” says Theresa, who plays Mphatso.

“I have two favourite songs… Panga Zako because the melody is so amazing. And Siine Mwana, which in our language means ‘I’m not a child’, and the song is about that time in your life where you’re not fully grown up, but you want to spread your wings.  I love the message. It’s a serious message. Like a lot of girls from Malawi, I became a teen mother in real life too, so I can strongly relate to my character. I feel responsible, but I feel like a kid, because I’m still young. It’s good to connect to those feelings and share the sentiment with others who might be feeling the same. I’ve spoken to girls who have been inspired to go back to school after having a child like I did,” says Mphatso.

Paul, who plays Xander in the band, adds: “My favourite song is Chinzathu Ichichi from the album of the same name, because it talks about the importance of friendship and how no one can do something great on their  own – you’re gonna need back-up. You’re going to need friends. Friends like Annetti [Zathu band member] and the other members of the band too.” 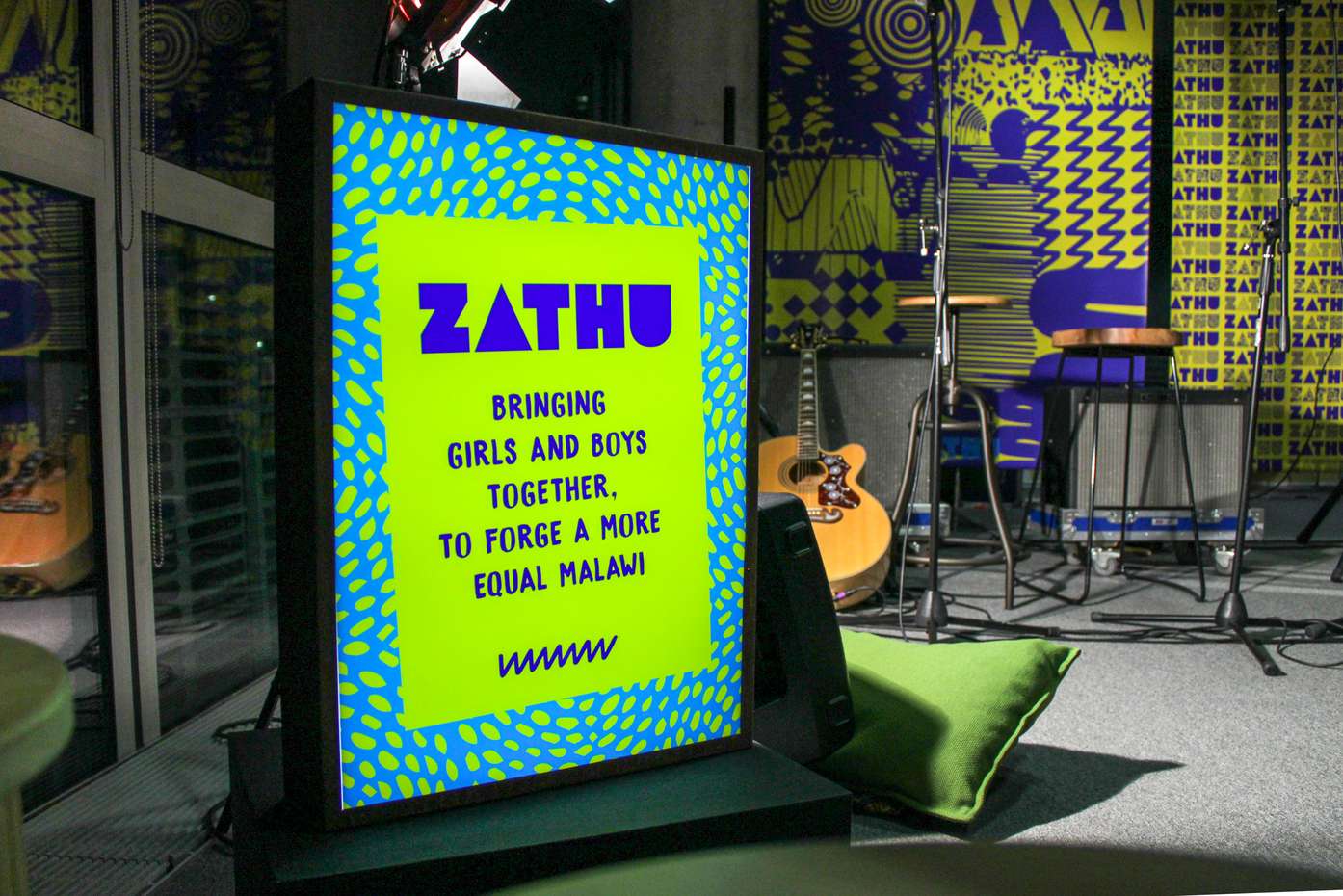 James Kennedy concludes: “It’s been amazing to see the reaction the Zathu band have had everywhere they’ve been in London and Scotland. From acoustic performances through to presenting in front of the Scottish Government, everyone has come away saying how inspiring and talented the group are. They are great ambassadors for GE and our work, and more importantly ambassadors for change in Malawi.”

Find out more about Zathu.