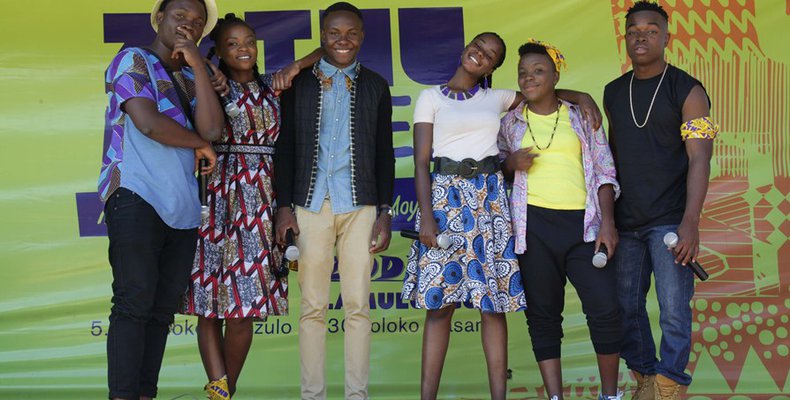 Working as part of the PEPFAR DREAMS partnership*, Girl Effect’s latest youth brand aims to close the gender gap in Malawi, and therefore tackle the high rates of HIV infection in adolescent girls.

Born out of Malawian culture, Zathu uses the power of music and storytelling to tackle challenging topics such as relationships, confidence, friendships between girls and boys, and sexual reproductive health.

Zathu aims to improve the perceived value of girls in the country, by the girls themselves and those around them.

“From puberty, boys and girls in Malawi are largely kept apart. Platonic friendships are discouraged because the only relationship that society expects from them is a sexual one. Girls are told to avoid boys as it could be damaging for their reputation. This dynamic is not only unhealthy, but puts girls at risk. Despite these divisions, there is widespread desire among younger generations to be closer together. They believe that if girls and boys can support each other to reach their potential, it will create a stronger, thriving, more equal Malawi. Zathu is all about encouraging young people to see that we are stronger together.”

In Malawi, negative social norms towards girls and women have widespread health and economic implications. Malawi has more than double the rates of HIV in Rwanda (3 per cent) and Ethiopia (1 per cent) combined, with PEPFAR estimating that one in 10 of all Malawians carry the virus.

The disease disproportionately affects women in comparison with men. An adolescent girl between 15 and 17 years old is more than eight times more likely to be living with HIV than a boy of the same age.

“Adolescent girls are the population facing the greatest increase in HIV infection in Malawi. It is only by tackling the root causes of why this is happening we will make a long-lasting and demonstrable impact to the spread of the disease. Zathu, made for and by the young people of Malawi, is an innovation that has the potential to create real impact and amplify the crucial work other DREAMS partners are delivering on the ground.

“This is why we’re so excited to be partnering with Girl Effect as part of the DREAMS public/private partnership. Encouraging relationships that are based on friendship between girls and boys, rather than sexuality, is a genuinely groundbreaking approach to tackling the risks facing adolescent girls. A groundbreaking approach not just for Malawi, but the region as a whole.”

Zathu is launching in four districts in Malawi – Mzimba, Lilongwe, Zomba and Machinga – before going nationwide in 2018.

*DREAMS is an ambitious partnership to reduce HIV infections among adolescent girls and young women in 10 sub-Saharan African countries including Malawi.