On the first ever UN International Day of Education, UNICEF estimates that around the world there are 32m girls of primary school age and 29m of lower secondary school age not in school.

But enrolment is only part of the problem. Issues like unwanted pregnancies and low social expectations for girls mean keeping them in school can be difficult and drop-out rates are high. In Rwanda, Girl Effect and UNICEF have been working together alongside government initiatives to encourage more girls to go to, and stay in, school.

Here Samantha Diouf, Girl Effect’s Country Director in Rwanda explains why it’s hard for girls to stay in school, and how youth brand Ni Nyampinga helps keep girls in education, and encourages them to think bigger for themselves.

Rwanda has made huge progress closing the gap between boys and girls in terms of school enrolments. In fact, slightly more girls are enrolled in school than boys. The problem the government and NGOs are looking at now is keeping them there, and motivating them to perform to the best of their ability.

Drop-out rates are far higher for girls than boys at secondary level, and girls’ performance is poorer at both lower and upper secondary levels. Our own qualitative research, carried out through Girl Effect’s mobile research programme TEGA as part of our partnership with UNICEF, shows that pregnancy is the number one perceived reason for girls dropping out of school and failing to complete their education.

Parents are very supportive of getting their children to school. However, while school is seen as a place for boys to learn and develop, for girls it is viewed as a ‘protective space’, a way to keep them safe from unwanted pregnancy and there is little focus on girls’ learning. Parents tend to believe education plays a different role for boys than it does for girls.

Girls are also expected to contribute to household chores, and balancing their schoolwork with their domestic duties is another big reason for falling behind, intermittent absences or dropping out altogether. Boys, on the other hand, are given the time to focus on their studies.

The TEGA research also found young people have limited aspirations for themselves and are keen to conform and fit in with peers. 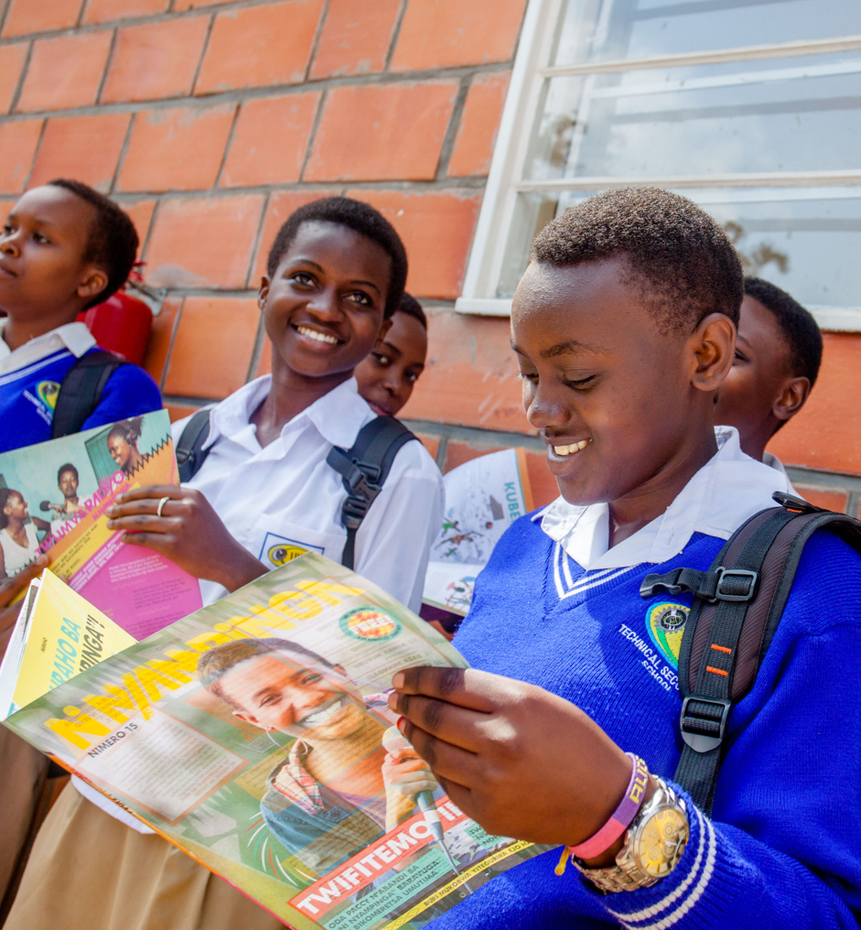 In July 2017, Girl Effect partnered with UNICEF in Rwanda on the Gender, Adolescence, Learning programme. Through Ni Nyampinga’s print, radio, AVR and online platforms, we created content to raise awareness of the positive benefits of education, inspire leadership, highlight the power of mentoring and demonstrate to girls and boys the power they have to make choices about their own lives, ultimately leading to behaviour change.

Our girl journalists interviewed inspiring girls across Rwanda who demonstrate how girls can take control of their lives and futures. One feature profiled Zulfat, a 10 year old who persuaded her parents to let her start Kung Fu and went on to win medals and compete internationally. Her story became the most-recalled piece of content among the Ni Nyampinga audience, with young people saying it inspired them to think about what girls are capable of, and not to be afraid to talk to their parents about their hopes and dreams.

A second feature profiled 22-year-old Queen who was studying carpentry, and offered girls advice on how to set and achieve goals. Her story showed readers how education contributes to future success, and broadens horizons. 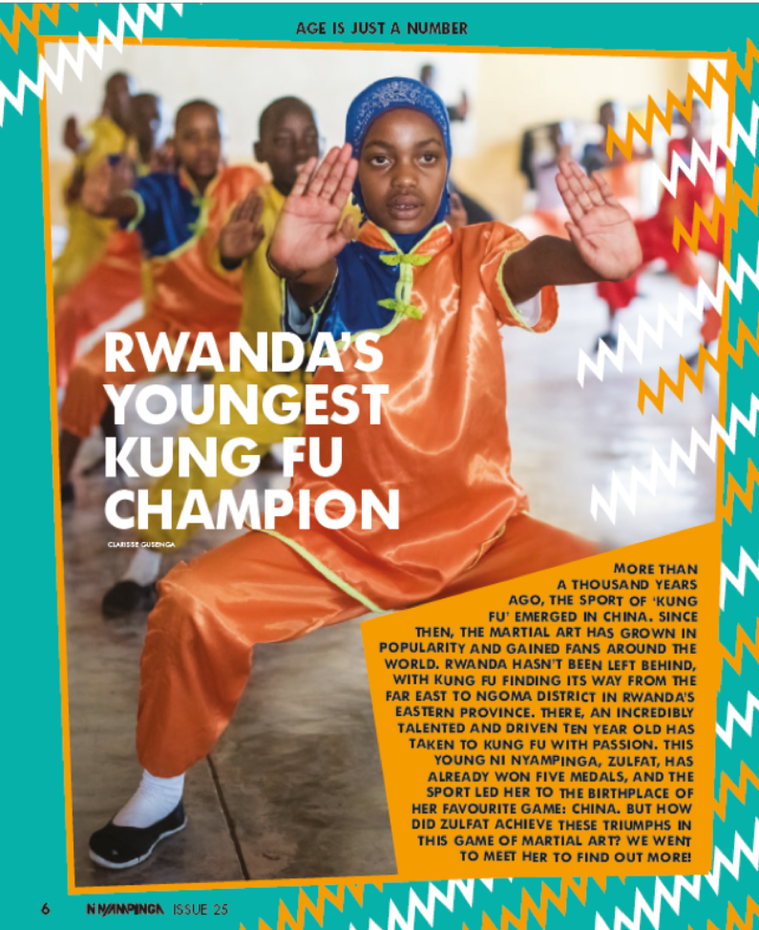 When we evaluated the partnership using TEGA we found the UNICEF stories reached boys, parents and community figures as well as girls, and helped shift perceptions of what girls can achieve, and how education can help them improve their lives in the future.

Most importantly they showed girls themselves what they are capable of. Girls reported starting new hobbies and developing new interests, or doing things differently, as a result of reading the stories.

As one 14-year-old girl said: ‘I set a target of the grades I should get. We decided as the future Ni Nyampingas who want to lead the country of Rwanda, first, we should be smart, so we vowed to be among the best in all the exams we do.’