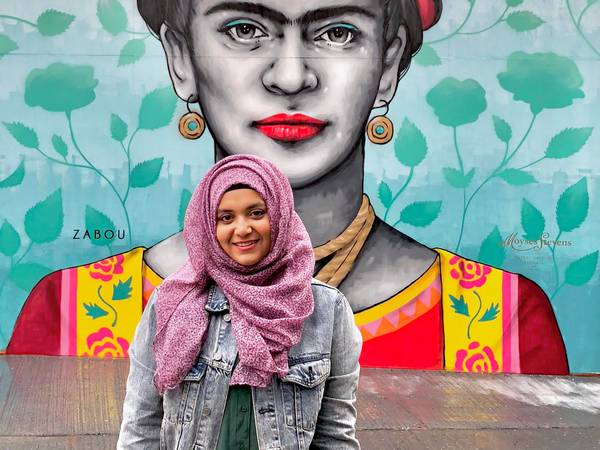 By: The National News

Published On: March 5, 2022Categories: In the News

Originally published on The National News.

While studying at university in the UK, Maliha Abidi would flick through the pages of books in her local Waterstones store, only to realise there were no characters who resembled her.

The closest match was Malala Yousafzai and, says Abidi, while she is “brilliant and an incredible human being, one person is not enough representation”.

So the Pakistani artist took it upon herself to set the record straight. She created a book to honour the outstanding women of her homeland, illustrating, researching and writing the text herself.

Pakistan for Women’s 50 profiles included well-known high achievers such as Yousafzai, Oscar-winner Sharmeen Obaid-Chinoy and former prime minister Benazir Bhutto, as well as women who were not as renowned beyond the country’s borders, such as human rights lawyer Asma Jahangir and anti-slavery campaigner Veeru Kohli.

When she failed to persuade publishers of its value, Abidi launched a Kickstarter fund, raising more than $11,500 and publishing it herself, after seeking out a printing workshop in the backstreets of Karachi’s crowded markets.

“There was a table, a chair and a printing machine,” she says, laughing at the recollection. “My father found the place and we sat with the printers, working on the design and watching the book come off the presses.” 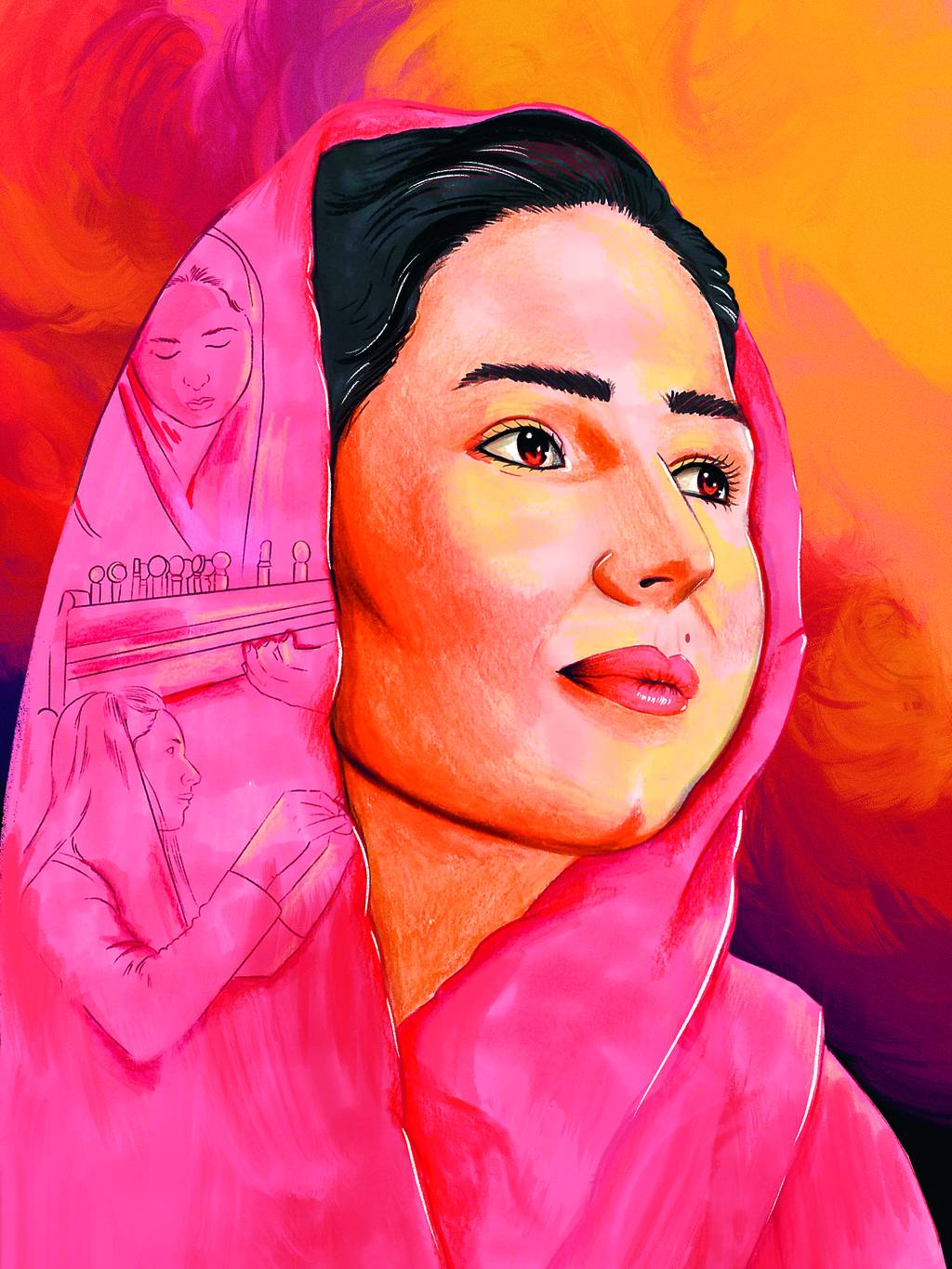 That was exactly three years ago today. Pakistan for Women became an unexpected success, selling in more than 60 countries – and has since sparked three more books, each aiming to redress the balance and herald the achievements of people of colour.

It also cast Abidi in the role of activist campaigning for women’s rights, equality in education and proper care for mental health – as much to her surprise as anyone else’s.

“I just thought there was a huge lack of representation, especially from the part of the world that I come from,” she says.

“Usually the same one or two names come up, but they cannot be representative of the whole of South Asia.

“That was how it began but then I wanted to go global and celebrate all women of colour from around the world.”

In 2020, Abidi ended up on the sort of list she has spent years compiling when she was named one of 20 Muslim women to watch by the ezine Muslimgirl.com, which praised her “powerful artistry and feminist writing”.

“I don’t think I deserve to be on that list,” she says. “I am just grateful to do the work I do.”

Despite her modesty, Abidi’s work is creating ripples globally. Her second book Rise: Extraordinary Women of Colour Who Changed the World, featured profiles of 100 entrepreneurs, entertainers, activists, scientists and athletes from 40 countries, from Beyonce Knowles to actress Deepika Padukone and gymnast Simone Biles, all illustrated with Abidi’s own artwork.

She is also the creator of Women Rise, a collection of 10,000 NFTs, or non-fungible tokens, which aims to raise millions for girls’ education charities, including the Malala Fund and the Girl Effect.

Women Rise focuses on women's rights and girls' education. How can we reimagine education with Web 3.0

We are so honoured to be in conversation with the biggest activist for girls' education, @Malala on to the Women Rise stage

It is, perhaps, little surprise that the Rise book cover carries a message from Yousafzai. Like Malala, whose father Ziauddin is emphatic on the importance of girls’ education, Abidi’s father, Jawaid Abbas, was hugely influential in her upbringing and encouraged her endeavours from a young age.

Born in Karachi, the artist was brought up by her engineer father and paternal grandparents in Hyderabad, an 18th-century fort city where, she recalls, it was normal to see donkey carts, rickshaws and ice-cream sellers on the streets.

It was an idyllic childhood: “I was an only child but surrounded by cousins, aunts and uncles. It was lovely.”

Her life was upturned, however, when she moved to live with family in San Diego in the US at the age of 14, and her father’s visa was delayed. It was an isolating experience and drove her to a near-breakdown, although she was never formally diagnosed with depression.

“It’s a beautiful place but my mental health suffered,” she says. “It was a culture shock and I wasn’t able to make friends because they saw me as different.

“My classmates would ask if I was a refugee, and when they showed a film about the Taliban at school, they asked if that was why I moved there.”

Art and her faith became her salvation. She had drawn since she was five years old – with her father critiquing her work as if she were a professional artist – but, in California, it became her refuge.

“I used to go to the library and sit for hours, crying and drawing,” she recalls. “It got me through.

“I have been drawing for as long as I can remember but it was always a hobby. At 14, it became my coping mechanism.”

Independence and greater happiness came with her Nikah (Muslim marriage) to Askari Hassan in Pakistan at the age of 19, followed by a civil ceremony in the UK at 21. Introduced by their families, “Aski”, eight years her senior, is a diehard feminist and has, Abidi says, been one of her greatest supporters. 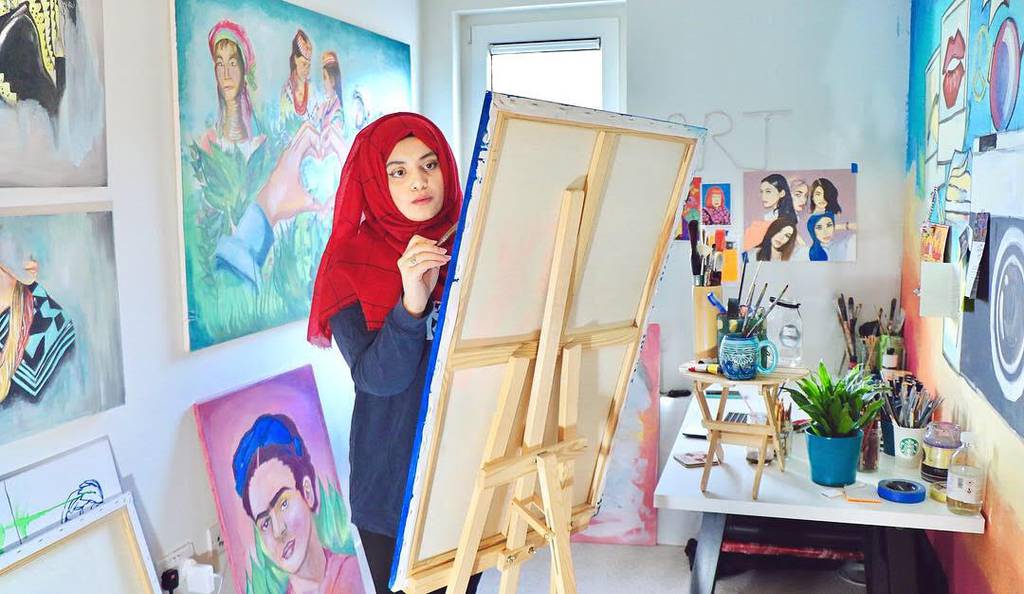 Despite having little money between them when they married, the chartered accountant insisted on renting a bigger flat so his wife could have a studio at home.

The couple moved to England and she embarked on a degree in medical neuroscience at the University of Sussex, although Abidi has since transferred her studies online to California in the US.

She says the subject and her own experiences will help her “create an organisation focused on mental health and art. I wanted to come at it from an academic perspective.”

As well as two more book projects, both focusing on migration, Abidi, now 26, continues to contribute artwork to campaigns by organisations such as the United Nations, and is advocating for more women to enter Web3 industries and the digital space.

And with the money raised from selling her work, she has donated $16,000 to the Malala Fund – a way of things coming full circle, she says, as Ziauddin Yousafzai contributed personally to the fundraising that paid for Abidi’s studies.

She is hoping to begin her own family soon, but, whether first blessed with a boy or girl, she is sure of one thing: “I am going to try to raise him or her as a feminist and make sure I teach them to be empathetic.”

After a pause, she adds: “If it’s a girl, I’ll teach her to be free and confident in her own skin. And if it’s a boy, I might hold him more accountable and teach him to check his privilege.”