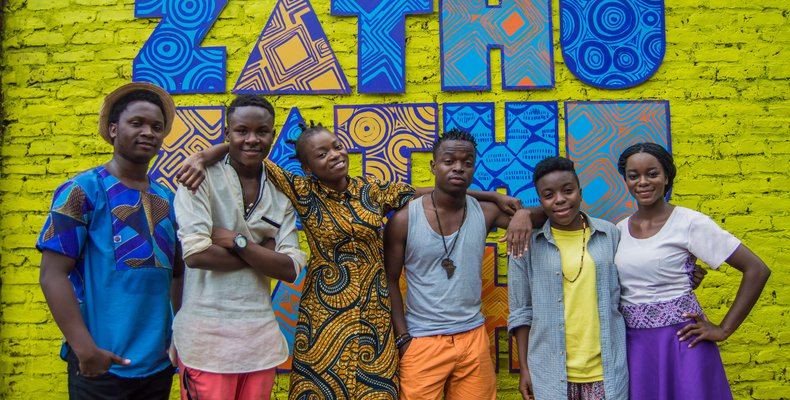 A panel of judges – made up of representatives from USAID, The Bill and Melinda Gates Foundation and others – named Zathu ‘Best Breakthrough Creative’ category.

Combining media, creativity and gender expertise, Girl Effect’s newest youth brand, Zathu, was launched in 2017 to help tackle the structural and negative social drivers that reinforce gender inequality in Malawi. Created in collaboration with PEPFAR DREAMS, Zathu’s mission is to unite boys and girls and, in turn, reduce HIV diagnosis among adolescent girls and young women.

As well as releasing music, Zathu’s message is delivered through a mix of media channels including a twice weekly 30-minute radio drama and a talk show featuring real-life stories and advice from the ‘Gogo’.  Meaning aunt in Chichewa, the ‘Gogo’ provides practical advice for young people including, for example, where to get tested for HIV. The band also perform live at schools, youth clubs, and in public spaces. In their first year, Zathu performed at 25 roadshows across Malawi and already has more than 2.6 million regular consumers.

*The Optimizing Prevention Technology Introduction on Schedule (OPTIONS) Consortium is one of five interlinked projects funded by the U.S. Agency for International Development (USAID), in partnership with the U.S. President’s Emergency Plan for AIDS Relief (PEPFAR), to expedite and sustain access to antiretroviral-based HIV prevention products.